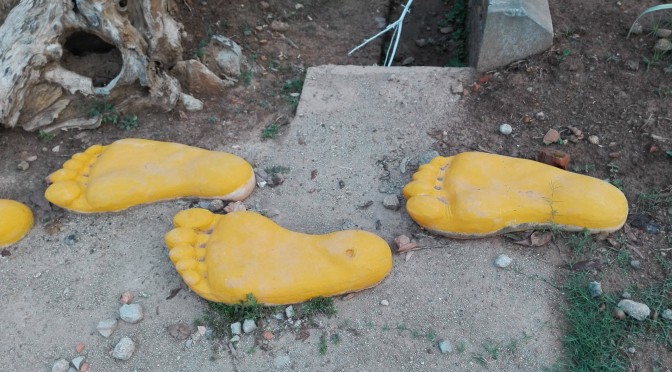 We’re not exactly sure where that milestone was. We use paper and digital maps to check and measure our route every day and a spreadsheet to record the final distance, but we keep our phones and GPS turned off most of the day while we walk to save battery, and we don’t have any fancy pedometers. Also, Lluís and I sometimes count differently. I tend to count our distance from point A to B, more or less from each place we sleep; I often discount the extra kilometers we tack on post-walk strolling around a city or searching for a place to eat or what we log on no-pack rest days. Lluís likes tallying up these extra kilometers because they are as much part of our walk as the other ones, or at least our feet and bodies feel them that way.

Either way, the exact, down to the meter, mileage doesn’t matter too much. We have covered a good amount of ground in two months, but still have many more to go.

And, how are we doing? Generally, we are  okay. In some aspects, we are doing much better than expected. In other ways, we wish things would be better. Here’s a quick health and gear status check.